Whilst there are a number of countries trying to attract global businesses across the world, Mauritius offers a unique and comprehensive set of incentives to render the offshore business truly competitive and accessible.

Mauritius has, in the past decade, quickly matured into a respected International Financial Services Centre, having adopted best international practice in laws and regulations. 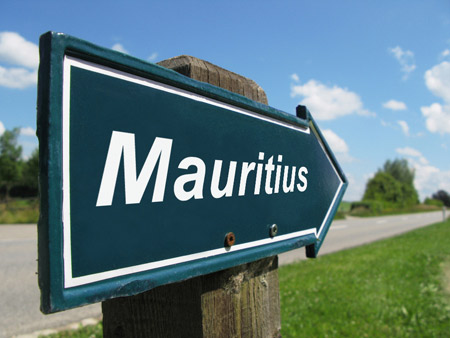 The factors favouring Mauritius include:

Due to its network of double tax treaties with most of the significant economies in its region, and above all with India, Mauritius is often chosen as a base by firms needing to set up a global holding or investment company, or trading subsidiary.

The expanding network of these DTAs reinforces the seriousness of Mauritius as a tax efficient jurisdiction for structuring investment abroad in the Global Business sector.

The Island of Mauritius is located in the South West of the Indian Ocean, approximately 800 kilometres East of Madagascar and about 2,600 kilometres from the Eastern Coast of Africa. The country enjoys a maritime sub-tropical climate. The time zone is GMT +4. Its location makes it an attractive regional holding/headquarters centre for business activities in Africa, Middle East and South Asia.

Mauritius has a hybrid legal system combining both civil and common law practices. During the period of the French rule the island’s legal system was governed by the French Napoleonic Code which remained in force under the British rule with subsequent amendments in civil and procedural laws and company law. While private law is largely based on the Napoleonic Code, public and administrative laws draw essentially from English Common law. Mauritius is a Republic and a member of the Commonwealth. The Judicial Committee of the Privy Council in London has been preserved as the country’s ultimate Court of Appeal.

Mauritius enjoys political, economic and social stability. It has a vibrant parliamentary democracy based on the Westminster model. Most Government and business offices are located in the capital, Port-Louis and Ebene, a city situated 15 km (nine miles) south of the capital, Port Louis.

Mauritius possesses a highly developed infrastructure and is equipped with modern telecommunication facilities. Most of the International Airlines fly to Mauritius. There are daily flights to Europe, Asia, Africa, Australia and the Far East. The country’s national airline, Air Mauritius, flies non-stop to a number of major European cities, India, Singapore, Hong Kong and South Africa.

The population has an impressive literacy rate of over 95% and is constituted of a well-educated and highly trained professional workforce.