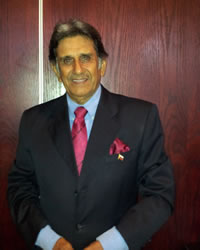 Mr. Yatemani Gujadhur C.S.K. has been a Fellow of the Institute of Financial Services (FCIB) since 2002. He completed the Associate Examination of the Chartered Institute of Bankers UK (ACIB) in 1974. Mr. Gujadhur has essentially spent his entire career, at Barclays Bank Plc from 1964 -2002 both at International and domestic levels, where he retired as Corporate Affairs Director in 2002. He has served as an Independent Director and Vice Chairman on the Board of Bramer Bank since April 2008 to June 2013. He holds other directorate and/or Chairmanship as an Independent Director namely, Long Investment (Mauritius) Limited and Marshal Group of Companies in the global business sector licensed by the FSC and two local companies forming part of the Ravate Group of Reunion Island operating in the EPZ and Freeport sector. He was decorated by the President of the Republic of Mauritius in 2002 as the Commander of the Order of the Star and Key of the Indian Ocean (C.S.K.) for his contribution in the field of banking and finance. In January 2011, Yatemani was appointed as the Hon. Consul of the Republic of Slovakia.